The Department of Education have recently reinforced the need “to create and enforce a clear and rigorous expectation on all schools to promote the fundamental British values of democracy, the rule of law, individual liberty and mutual respect and tolerance of those with different faiths and beliefs.”

The Government set out its definition of British values in the 2011 Prevent Strategy, and these values have been reiterated by the Prime Minister this year.  At Woore Primary and Nursery School these values are reinforced regularly and in the following ways:

In Key Stage 1 pupils are taught about similarities and differences between ways of life in different periods. They also learn about the lives of significant individuals in the past who have contributed to national achievements.

In Key Stage 2 British and local history is taught with Periods of British history studied include The Roman Empire and its impact on Britain, Britain’s settlement by the Anglo Saxons and Scots, the Viking and Anglo Saxon struggle for the kingdom of England.

Pupils are involved in Remembrance Day commemorations where children purchase poppies and a two minute silence is held in a special assembly led by the Head Teacher.

As a whole school, we have celebrated events of major significance such as Royal Weddings, The Golden Jubilee, the Royal births, the Olympics and Paralympics and the World Cup.

Our daily whole school assemblies are integral as it is here that we regularly address topically issues and the British values of respect, tolerance and empathy are fostered throughout all of our daily interactions: modelled by staff and nurtured in pupils.

At Woore Primary and Nursery School democracy is taken very seriously. Children are actively encouraged to have a voice and share their views and opinions regularly in class and whole school assemblies.

Every child also contributes their ideas to the composition of their own class charter every year. This sets ground rules for classroom conduct and establishes the standards of behaviour children can expect from each other over the year ahead.  All children also complete an annual questionnaire which provides them with the opportunity to share their views of learning at Woore Primary School and suggest ways in which the school could be improved further.

Governors also talk regularly to children to establish their views as a way of ensuring that school self-evaluation is robust and accurate, and therefore effective in moving the school forward.

At Woore Primary and Nursery School we also study important democratic events such as General Elections and through our school curriculum children are taught about, and encouraged to respect, public institutions and services and all parents and carers are encouraged to make comments on learning at Woore Primary School through our open door policy and Parents’ Evenings.

The Rule of Law

The importance of laws, whether they are those that govern the class, the school, or the country, are consistently reinforced at Woore Primary and Nursery School. We visit these in Whole School and Class Assembly Times regularly.

Pupils are taught from an early age the rules of the school and are encouraged to reflect on these to help them make good choices. Pupils are taught the value and reasons behind rules and laws, that they govern and protect us, the responsibilities that this involves and the consequences when laws are broken.

Visits from authorities such as the Police, Ambulance and Fire Service help reinforce this message.

At Woore Primary and Nursery School, pupils are actively encouraged to make choices, knowing that they are in a safe and supportive environment. As a school we educate and provide boundaries for young pupils to make informed choices, through a safe environment and an empowering education.

Pupils are encouraged to know, understand and exercise their rights and personal freedoms and advised how to exercise these safely, for example through our eSafety and PSHE work.

We invite agencies such as, Childline, the Police and the NSPCC into school to help children make choices to keep themselves safe.

Woore Primary and Nursery School has Anti-bullying, Behaviour and Safety policies in place, which are regularly reviewed to ensure the safeguarding of all pupils.

Mutual respect is at the heart of our values. Children learn that their behaviours have an effect on their own rights and those of others. All members of the school community treat each other with respect.

Tolerance of Those of Different Faiths and Beliefs

Woore Primary and Nursery School is situated in an area which is not culturally diverse; therefore we place a great emphasis on promoting diversity with the children. Assemblies are regularly planned to address this issue either directly or through the inclusion of stories and celebrations from a variety of faiths and cultures. Our RE and PSHE teaching reinforce this.  Each year the children explore a world faith. By the time they leave us all children have learnt about the beliefs and practices of people of the following world faiths; Judaism, Sikhism, Hinduism, Buddhism and Islam.  Members of different faiths or religions are encouraged to share their knowledge to enhance learning within classes and the school.

We also support a range of charities at Woore Primary and Nursery School (such as UNICEF, Comic Relief, NSPCC, Hope House) and plan fundraising and awareness raising activities to support those charities.

What are we planning in the future? 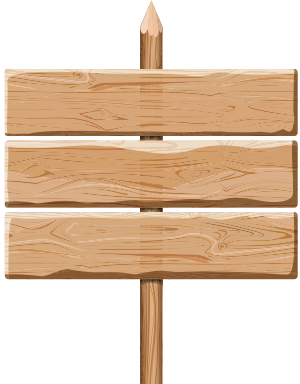